Even Preschoolers Get the Blues 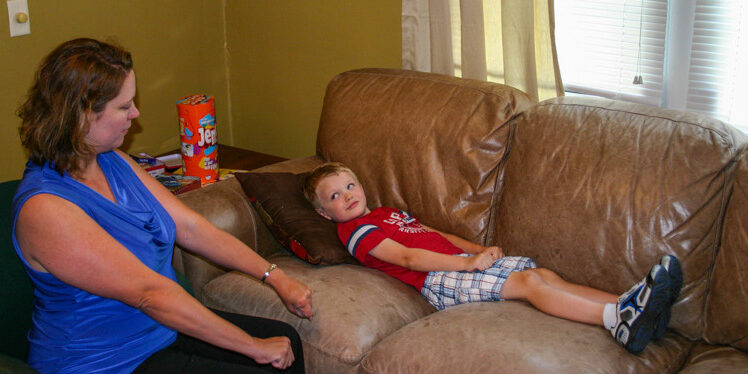 “Who didn’t put away the cookies?” the mother asked. Four year old Tammy started crying and said, “I did mommy. I am so sorry. It is all my fault. I will never ever do that again! I’m just so stupid!” Tammy’s mother calmed Tammy down and reassured her that she wasn’t in trouble. The excessive guilt shown by Tammy had her mother worried.

She had been concerned for some time about how Tammy had been laying around the house for the past few weeks. Tammy also didn’t seem to be enjoying her favorite toys or videos. The whining, crying, and change in favorite activities happened with Tammy’s brother but this seemed to be occurring for a much longer time than him and seemed to occur both at home and pre-school. Something was definitely wrong, but what was it? 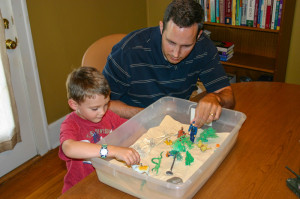 The answer in this case is that Tammy is likely suffering from depression. Yes, depression can occur as early as two years of age and is not uncommon in four year olds. Symptoms which include excessive guilt, whining, sadness, irritability, fatigue, and a lack of pleasure in previously enjoyed activities are hallmarks of depression in toddlers and preschoolers. Roughly 1-3% of preschoolers show signs of depression.

The causes of depression in preschool are not well understood though there are certain factors that can increase a child’s risk of developing the disorder. One of the risks includes having a parent with a history of depression. Parental depression can impact the child through inheriting a genetic tendency towards depression and having parents who are less responsive to their child. Other risk factors include divorce of parents, poor attachment, and severe stressors such as abuse and neglect. However, depression can occur when none of these risk factors are present.

One step that parents can take to prevent depression from taking hold and having long term consequences is to pay close attention to their child’s behavior and compare it with other children that are close to the same age. If there is something that doesn’t seem quite right, then start asking mental health professionals for their opinions.

Early intervention for depression can have a powerful impact on the child’s later development. Since the child’s brain is very responsive to changes in the environment, therapy could help to delay, minimize, or even prevent depressive episodes. At the least, it will teach the child how to better manage symptoms in the future. Most therapy for children of this age should involve the main caregivers as they spend the most time with the child and can model ways for the child to handle depressive symptoms.

Depression in toddlers and preschoolers does exist. If your child seems to have symptoms such as excessive guilt, fatigue, sadness, and lack of enjoyment then seek out a mental health professional and get your child the help they may need.

This article was published in the Richmond Register Health Beat Magazine in April 2011.